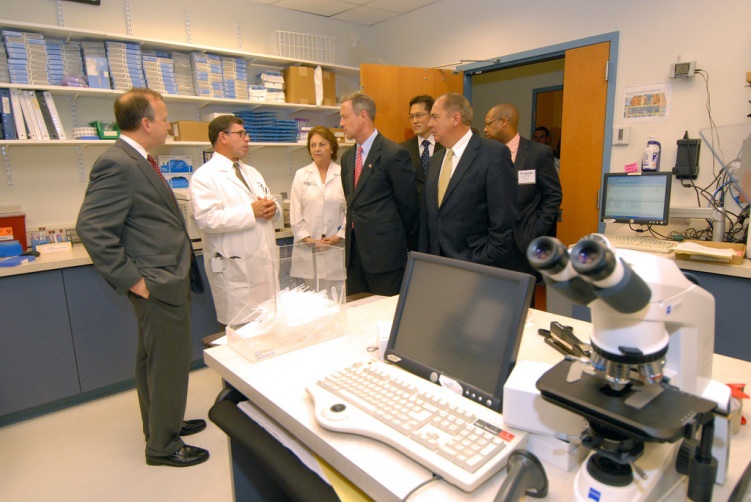 Ireland has lagged behind some European countries of similar size and population when it comes to hosting clinical trials for innovative new drugs. The figures have been improving and last year there were 200 active clinical trials in Ireland. Compare this, however, to the 450 trials in Finland and Denmark’s total of 1000.

Cancer research is boosting the number of trials and about 7,000 people were participating in trials of new cancer drugs in Ireland last year. The group that represents the industry, Cancer Trials Ireland (CTI), has been speaking to the Irish Times about how Ireland can increase its profile in health research and clinical trials.

This group has been successful in bringing more trials to Ireland, and in fact, roughly 3% of patients with a new diagnosis of cancer are able to take part in clinical studies. That’s in line with the best practice internationally
.
Extending trials to other illnesses

There has been less progress in other disease areas such as diabetes, stroke or heart disease. One of the reasons quoted is that the infrastructure required to support clinical trials is not in place in Ireland. There is no complacency about this and Clinical Research Coordination Ireland (CRCI) has a mandate to attract trials for a diverse range of illnesses. The criticisms about infrastructure are not entirely justified because Ireland does have a number of specialised medical centres staffed by suitably qualified clinicians and researchers.

What is needed is further coordination between the academic research system and innovative companies http://www.gandlscientific.com/clinical-trial-services that are willing to support the research process by providing clinical trial services which hard-pressed general hospitals may not be able to supply.

Another factor in Ireland’s favour is a rigorous regulatory regime in which robust procedures are strictly enforced by the Healthcare Products Regulatory Authority (HPRA). There have, of course, been unsuccessful trails. The trial of a schizophrenia drug caused several healthy volunteers to suffer seizures. A full investigation by the HPRA’s predecessor said that the active ingredient had been given at an inappropriate dose. At the time, this was seen as a setback for the sector. However, from 2018, EU regulations will impose a standardised process for approving clinical trials and this is expected to be a positive development.