Over the past couple of decades, ATMs or Automated Teller Machines have become commonplace, from shopping centers to bank lobbies to gas stations. Just this year, there are at least 2 million machines around the world. Because of their ubiquity, individuals casually use these cash dispensers without second thoughts.

The notion that things can go wrong at any minute never crosses their minds. The bad news is that things are not always what people might think about the ATM. Most Automated Teller Machine scams involve the theft of personal identification numbers and debit card numbers of innocent machine users.

There are different variations of these schemes, but cardholders themselves are involved in this kind of fraudulent activity without their knowledge. The first thing people need to do to avoid these schemes is to become aware that it happens on a daily basis. Let us explore some ways individuals get ripped off at these cash dispensers.

Want to know more about the history of these cash dispensers? Check out this site to find out.

Everything that the ATM does is magic

One common scan starts when bank customers swipe their cards on devices that open doors to ATM vestibules. It is usually found in the bank’s inner doorway. Since most people are not aware of what these magic readers should look like, dishonest individuals can place counterfeit devices that copy and read card details on the outside door without being detected by card users.

Once clients are inside, hidden surveillance cams record personal identification numbers as they enter them on the machine touchpad. Because of this illegal information gathering, duplicate cards are created that thieves can immediately use to withdraw money from the owner’s bank account. Detecting this kind of fraud is very hard for average consumers as there are a lot of legitimate manufacturers of swiping devices. Attempting to find out which one is the real device is almost impossible.

Do not stand too close to me

Another way to trick card users involves the attachment of a fraudulent facade over the Automated Teller Machine. Though these machines seem normal, these attachments will actually eat cards and display error messages. The user’s personal identification number is usually recorded by hidden cameras, or in some instances, by “helpful” individuals standing nearby who will suggest that users try to enter their personal identification number again.

Of course, these people are actually criminals, and after users leave, they will retrieve their cards from fraudulent fronts of ATMs and walk away with cards and access codes. Sometimes, an overlay will scan the card without destroying it.

It can collect important details along with pin codes and other information users may enter. It appears to be a regular transaction for the cardholder, but dishonest individuals now have their card and a personal identification number. For example, just last year, the Federal Bureau of Investigation identified ATM skimming frauds of at least half-a-million dollars in the Midwest alone. 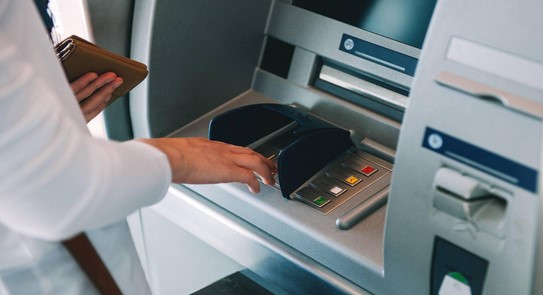 Freestanding machines are also subject to fraudulent activities. These ATMs are located in places as varied as self-service gas pumps and airport terminals. In some cases, hackers and fraudulent individuals are able to capture the user’s account info by using cracking programs and Wi-Fi scanners to download transaction details when systems fail to be protected by excellent encryption software.

The most daring machine scam is the installation of ATMs whose only purpose is to steal people’s bank details. These criminal schemes were once a pretty popular fraudulent activity of organized crime groups. Normal-looking ATMs would be placed in bars, small shops, and other places. The device was never loaded with money but instead was there to entice people to swipe their cards and enter their bank information.

After collecting these details, an error message will appear. These devices provided fraudulent people with a steady flow of stolen information. Because these things are placed in high-traffic areas, people do not realize that users were unsuccessful at getting money from these devices.

Making the best of what is around

This is a traditional scam that still gets profits for the fraudulent individual. This fraud starts by placing deposit receptacles in ATM vestibules with signs over devices stating it is out of order. The goal of scammers is to get cash deposits that were intended for secured electronic banking machines.

While it seems pretty obvious that depositing funds in these unsecured ways is a bad idea, the trust and comfort that individuals have when entering a financial institution usually allow them to suspend their suspicions as people believe that there is no safe place than inside a bank.